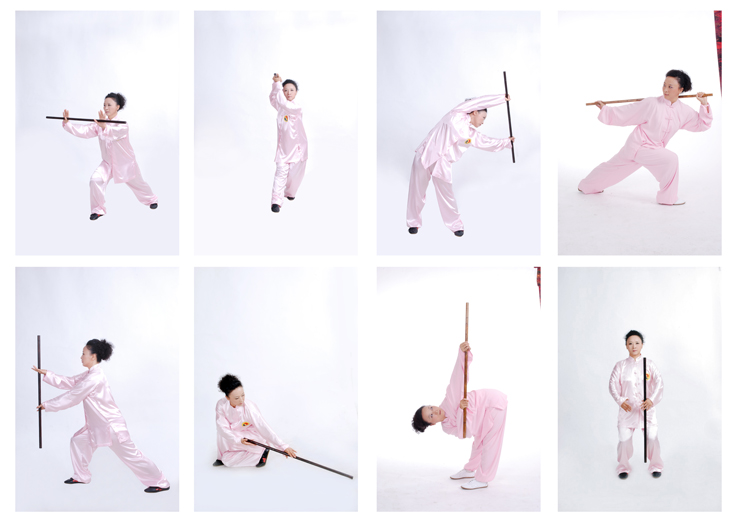 In the bamboo slips unearthed from the tomb of Han Dynasty located at Zhangjiashan, Jiangling, Hube Province from the end of 1983 to early 1984, there are two medical books, namely Mai Shu (Channel Book) and Yin Shu (Stretch Book). Yin Shu (Stretch Book) is written in text that introduces each single movement about Daoyin in details, and the Daoyin methods for treatment of diseases. In addition, Yin Shu (Stretch Book) also analyzed the causes of human diseases, pointing out that, ”That people get sick must be due to summer-heat dampness, wind coldness, rain exposure, opening and closing of the grain of skin and the texture of the subcutaneous flesh, uncoordinated diet, and failure to response to cold and hot weather”. According to Yin Shu (Stretch Book), we found that in ancient times, it is a common form for people to use or have the aid of instruments for conduction and life nurturing. The types of instrument used are different, and some instruments appears more than once in Yin Shu (Stretch Book). And now we list them below:

(1) Water: for instance, ”when people being too tired, its mind could not focus on,……, wash its face with cold water for the time equal to have a lunch, and then spoil out the water, with the baskets in both hands……”

(3) Hanging board: for instance, “if the legs are paining, cutting a stick until it could be grasped easily by hands, then tied at its both ends, hanging it 4 Chinese feet off the ground. Let the patient hang the body by grasping the stick by hands, and bend body several times, ……”

(5) Kickball: for instance, ”In curing the pain at waist, laying on a bed with a wooden ball under the waist, swing up and down for 300 times.”

(6) Diet: for instance, ”In curing the excess of the yin qi, sitting down with the stool between two legs, bending down the body with the left hand on the ground, then grasping the diet under its mouth with the other hand, deep breath the smelling from the food, to the extreme limit, and then eating it.”

The excavation and research of Yin Shu (Stretch Book) provides another strong evidence for the fact that instrumental exercise existed in the fitness and life nurturing skills in Western Han Dynasty. However, such instruments served only as an auxiliary tool, and mainly used for stretching joints and for massage, and designed mostly for medical services. Of course, according to the then level of productivity and medical conditions, it can also be considered as a routine exercise activity carried out by people to enhance the body's ability in resisting diseases.